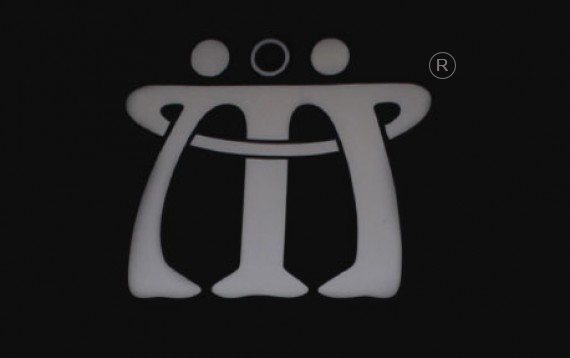 The Indian judiciary and the legal profession have endorsed and supported mediation. This has resulted in court-annexed Mediation Centers being created as institutionalized schemes.

The Delhi High Court Mediation and Conciliation Centre, known as Samadhan, were established in May 2006. It is the result of the joint initiative of the Bench and the Bar of the Delhi High Court who have committed themselves to Mediation as an appropriate method of Alternate Dispute Resolution. It is run by the Bar and is co-ordinated by an Organizing Secretary. A panel of judges and advocates oversee the work of this Centre. The Centre is proud to have highly qualified and experienced Mediators who are members of the Delhi High Court Bar Association. The Centre maintains a list of trained Mediators from among members of the Bar whose services are available for disputes referred to the Centre.

The Centre handles cases referred to it by the Delhi High Court, its subordinate courts and the Supreme Court of India. The Centre has handled a variety of cases covering matters relating to business contracts/transactions, real estate and construction, consumer issues, employment and service issues, industrial disputes, banking and insurance cases, trade mark and copyright disputes, accident-related claims, landlord-tenant disputes, partnership disputes, family and matrimonial disputes, child custody and visitation rights, verification in habeas corpus matters etc. Public sector undertakings and government departments and institutions have also participated. Samadhan has seen very good results. In eighteen months, nearly 300 cases referred by the Delhi High Court and the Supreme Court of India have been settled, and these settlements also resolved over 400 related cases pending in different courts. These efforts have been greatly appreciated.

The Centre undertakes training of Mediators by conducting training programmes periodically for members of the Delhi High Court Bar Association.

Wherever necessary and desirable, the Centre makes available the services of an appropriate professional or welfare expert who assists the Mediation process along with the Mediator to ensure the best possible resolution to a dispute referred to it. The Centre maintains a panel of such professionals.

Samadhan is administered by a Joint Committee of lawyers and Judges that has been smoothly coordinating and supervising all its activities.  It has built new bridges of faith between the disputants.  This has been possible because it has cemented a vital and unique collaboration between the Bar and the Bench that has been able to empower disputants to amicable resolve their disputes and find peace and harmony in their lives. In the past 10 years, Samadhan has woven a change in the perception of conflict, the treatment of disputes and the dispensation of justice. It has come to occupy pride of place in the Delhi High Court where referrals come to it not only from the Delhi High Court but also from the Supreme Court and other fora.

Today, in the 11th year since its inception, Samadhan has established itself as one of the leading Mediation Centres of the country.  The acceptance of mediation as an appropriate dispute resolution process by disputants in Delhi is evident from the fact that over 80 matters are listed before the mediators of Samadhan on each working day.

We started our journey in May, 2006, when the then Chief Justice of the Delhi High Court, Justice Markandey Katju took the first courageous step towards the conception of Samadhan.  It was a courageous step because the idea of mediation faced stiff opposition from the lawyers who initially feared it may affect their practice. Mr. Amarjit Singh Chandhiok, then President of the Delhi High Court Bar Association, on behalf of the Bar, joined Justice Katju in establishing the idea of Samadhan and assured him that the experiment would succeed if Samadhan was set up as a lawyer run mediation centre.  Today, the same Bar is very proud of its Mediation Centre and every lawyer values mediation as the most appropriate dispute resolution process in all those cases that should never be in litigation.

Samadhan has built new bridges of faith between the disputants.  This has been possible because we have cemented a vital and unique collaboration between the Bar and the Bench. Together we have been able to empower disputants to amicable resolve their disputes and find peace and harmony in their lives. In the past 10 years, Samadhan has woven a change in the perception of conflict, the treatment of disputes and the dispensation of justice. It has come to occupy pride of place in the dispute resolution mechanism under the auspices of our High Court. Referrals come to us not only from our court but also from the Supreme Court and other fora.

A wide range of disputes in the nature of intellectual property rights, disputes relating to matrimony, real estate transactions, construction agreements, employment and services disputes, industrial disputes, banking and insurance disputes and many other commercial disputes are mediated by 265 mediators of Samadhan.

Samadhan also owes to civil society and the people of Delhi, its growing acceptance as a catalyst in finding lasting solutions to disputes and finding peace and harmony in their lives.

To prepare for the functioning of Samadhan, the first training workshop was held from 17th March to 19th March, 2006. An Overseeing Committee was formed comprising judges and lawyers of the Delhi High Court to continuously coordinate and monitor the activities of Samadhan, symbolizing the joint commitment of the Bar and the Bench to mediation.  This administrative structure continues till date.

Following the first training, Samadhan was formally inaugurated on 26th May, 2006. We started functioning from two small rooms on the ground floor. There was a small reception area between these two rooms with hardly any place for advocates and parties to stand. Within a short period of time, small queues of parties and advocates started forming, waiting for their turn to avail of the mediation rooms.

On 7th January, 2008, the then Chief Justice of India, Justice K. G. Balakrishnan launched its name and logo. He also released, for the public and the Bar, awareness material highlighting the advantages of mediation, the Delhi High Court Rules governing mediation, and the functioning of the Centre.

In January, 2008, Samadhan added six more rooms for mediation sessions, a room for staff and a separate reception area. As mediation gathered momentum and the number of referred cases increased, another floor consisting of seven more rooms including a multipurpose conference room for mediators were added for conducting mediations.

As the number of referrals from courts kept increasing, Samadhan was further expanded. In January, 2013, another floor with an area of 8500 sq. Ft. was added on the fourth floor of the Administrative Block of the Delhi High Court.  This expansion made Samadhan a state-of-the-art Mediation Centre.  The new floor had a large reception, an Administrative Room, a library, 12 rooms for mediation, one room for psychologists and counsellors on the panel of Samadhan, one room for children to play and spend time when adult parties are in mediation.  There are two waiting rooms for parties.

A video conferencing facility was added in 2017 for the benefits of disputants who are unable to travel physically to the Delhi High Court to participate in the mediation process due to various reasons like physical disability, financial constraints or geographical distances.

Samadhan grew not just in infrastructure but also in experience of its mediators and the quality of their skills.  This growth was greatly encouraged by our judges.

Justice Mukundakam Sharma as Chief Justice of Delhi High Court gave a fillip to the mediation movement by increasing referrals to the Centre because of which mediators gained valuable experience and confidence, and enhanced their abilities. He created further infrastructure in the Centre for the ever-increasing number of cases.

Justice Vijender Jain, as Acting Chief Justice, Delhi High Court fully supported the mediation movement throughout his tenure and carried forward the initiative to the Punjab and Haryana High Court where he set up court-annexed mediation. Justice Vijender Jain gave the first opportunity to mediators from Samadhan to be trainers for the first batch of mediators in the Punjab and Haryana High Court.

Justice Manmohan Sarin, the first Chairman of the Overseeing Committee, who later took over as the Chief Justice of the High Court of Jammu and Kashmir, and Lokayukta, Delhi, along with all the members of his Committee pro-actively guided the growth of the Centre in its formative years.

Justice A. P. Shah, as Chief Justice of the Delhi High Court, was our visionary and motivator and was a great source of support and strength. Justice Shah encouraged the Overseeing Committee and all the mediators of the Samadhan throughout his tenure as Chief Justice. Justice Shah ensured that Samadhan developed state-of-the-art infrastructure and facilities. In his tenure the strength of empanelled mediators crossed the 200 mark. It was under his leadership that workshops to sensitize members of the Delhi Higher Judicial Service as referral judges were held.

Justice A. K. Sikri, the third Chairman of our Overseeing Committee, now a Judge of the Supreme Court of India was associated with Samadhan from its inception and was instrumental in helping us innovate and Indianise mediation to make our approach more dynamic in facing both ‘global’ and ‘local’ challenges effectively.

Justice Sanjay Kishan Kaul, our fourth Chairman, now a judge of the Supreme Court of India, gave us our third expansion in 2013 after which Samadhan grew from strength to strength.  Justice Kaul believed greatly in the strength of a lawyer run mediation centre and ensured that Samadhan’s mediators got the best training and exposures not only in India but also in the United States.

Justice Gita Mittal, our fifth Chairman and presently the Acting Chief Justice of the Delhi High Court, has always believed that in her experience parties in appropriate cases for mediation find real peace in their lives only through this process because this is where they actually author and own their resolutions. She has therefore always taken great pains in her court to prepare parties for mediation.

Justice G.S. Sistani, our present and sixth Chairman is committed to taking Samadhan as a model mediation centre to the next level of excellence.  He is already planning activities and events that will spread awareness of mediation in Samadhan’s 11th year.  Facets of mediation other than court annexed referrals are being planned.  These include community mediation and peer mediation programmes in colleges and public schools.

The Indian judiciary and the legal profession have endorsed and supported mediation.
This has resulted in court-annexed Mediation Centers being created as institutionalized schemes.